LOS ANGELES--(뉴스와이어) 2022년 05월 06일 -- Jam City, Inc., a leading game developer behind some of the world’s highest-grossing and most enduring games, today releases a detailed whitepaper with a first-look at the forthcoming blockchain title, Champions: Ascension. The game will immerse players in the world of Massina, the player-driven fantasy realm where Champions will compete in high-stakes PvP challenges and earn real rewards they can use across the metaverse.

Jam City is one of the first established publishers to develop a blockchain game that combines advanced game mechanics and dynamic storytelling to create a highly engaging player-driven world. This immersive metaverse will leverage mind-blowing visuals to transport players into another world with evolving characters, story arcs, and economics, creating a true play-and-earn experience where players have a stake in and benefit from enriching the community.

“Our mission is to create a living, breathing world: a theme-park metaverse where everyone can play, earn, socialize and create new content for years to come,” said Chris DeWolfe, co-founder and CEO of Jam City. “From the ground up, we’re designing our world, gameplay and economy to enable players to drive the majority of the value they create to other players and back into the community and world. This is an iterative process where player feedback is critical, and we’ve built an incredible community that has and will continue to contribute meaningfully to our development of the game.”

In Massina, players can own and battle Champions across four categories - Prime Eternals, Eternals, Gladiators and Challengers. Each Champion belongs to one of 12 families grouped into six classes, and is made up of different essences and functional parts, providing them with unique options and advantages in gameplay. These fantastical creatures can be used to earn and collect tokens to purchase land, forge gear and breed new Champions. Lower-tier Gladiator and Challenger Champions can ascend as high as the Eternal tier, earning perks and rewards along the way. The Prime Eternals tier will only be available to the 7,622 Prime Eternals that were released in February, and will never be minted again.

Players earn utility tokens by winning battles and completing certain objectives within the game, and they can trade the tokens between each other and use them to complete in-game activities. Trading will be completed on Jam City’s proprietary exchange, and players can trade these tokens for $ETH (Ethereum), supporting the player-to-player economy once the exchange is available.

The $ESSENCE token can be won by winning battles and completing challenges. It can be used in a variety of ways, including breeding new champions and forging gear. The $MASSINA token is earned gradually on a daily basis by staking Prime Eternals, and it can be used to claim specific land plots to construct different types of buildings, where players can craft items or get access to services for in-game use. The $DIAMOND token is also earned through staking Prime Eternals, and accumulates daily. It can be used to acquire Diamond Gear items such as the Diamond Gauntlet, which can only be obtained with $DIAMOND. Jam City plans to roll out new tokens as it releases new modules in the evolving metaverse, creating new interplays for their economies.

Champions: Ascension is built using cloud-scale technology to support unlimited users with no degradation in performance and will be available on many platforms including web, PC and mobile. While the client engine is built to be run on any device from anywhere in the world, the backend uses proprietary server technology that has been battle-tested in several of Jam City’s award-winning games. The company will utilize a gas-free chain that allows bridging to and from Ethereum, mitigating environmental impacts. Aiming for maximum scale, Jam City will allow existing wallets such as MetaMask to be used, and it will also support custodial wallets for ease of onboarding.

“Part of our mission is to create a truly unique blockchain game that is fun and accessible for gamers at all levels, with the potential to become an enduring franchise,” continued DeWolfe. “We have a strong history of developing large-scale, easily-accessible games, and we’re confident that this expertise combined with our sophisticated technological capabilities will enable us to build a revolutionary game with seamless points of entry for players new to crypto while providing advanced benefits to those familiar with the blockchain.”

The trailer, artwork and logo can also be downloaded on our press site: https://www.dropbox.com/home/Jam%20City%20Media%20Assets

Jam City is an award-winning mobile entertainment company providing unique and deeply engaging games that appeal to a broad, global audience. Led by CEO Chris DeWolfe, former MySpace co-founder and CEO, COO Josh Yguado, former 20th Century Fox executive, and CTO Aber Whitcomb, former CTO of MySpace, Jam City is the creative powerhouse behind some of the highest-grossing and award-winning games. Together, its games have generated over $3B in lifetime bookings and over 1.3B cumulative game installs. In addition to conceiving and developing the popular Cookie Jam and Panda Pop franchises, the company is a partner for some of the biggest global IP holders, having developed immersive, narrative-rich mobile games around iconic entertainment brands from Universal Games and Digital Platforms and Warner Bros. Games. The company’s popular RPG game Harry Potter: Hogwarts Mystery was the #1 game in more than 40 countries at its launch and Jurassic World Alive continues to be one of the top AR games in the market. Jam City currently has studios and talent located in Los Angeles (HQ), Burbank, Cedar Falls, Las Vegas, San Diego, San Francisco and, internationally, in Berlin, Bogotá, Buenos Aires, Montréal and Toronto. For more information, please visit www.jamcity.com. 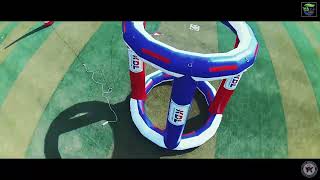 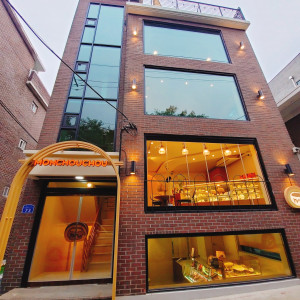